Gixen is an eBay sniper service. It's good! They give you premium service if you link to them, so here I go:
eBay Sniper
. Be well!

P.S. Come to our party tonight!

No, not Dr. House, the Stephen Colbert's favorite doctor who plays by his own rules.

Our apartment, finally. Here. Clever descriptions included for your enjoyment.

2) I just painted my room orange. Like, Home Depot Orange, except a little redder and warmer. Every bit as intense though, especially in the early morning when the sun is directly hitting it. You should come by and check it out. Just in case orange suddenly gets trendy (and Lord knows it's fucking due to) you heard it here first. I will post pictures as soon as I borrow a digital camera from someone because iPhone photos don't do it justice.

I bought a Wii! It was kind of weird, I was in Wal-Mart - where I never go unless nothing else is open - to buy some New Skin because I cut myself pretty badly bartending tonight, and I thought to myself, "heck, why not go see if they have any Wii's."

So I did, and they did; 3, the other two of which also sold while I was waiting in line to pay for mine. I haven't even taken it out of the box yet because I have to work really early tomorrow morning, but what a fine end of an otherwise pretty ho-hum day.

It's like This American Life, but for science, people! The "Musical Language" episode is particularly worth a listen.

You can watch the first episode of the brand-spanking-new This American Life TV show here.

Anyone want to come see Ira Glass 12/1 with me in Scottsdale? 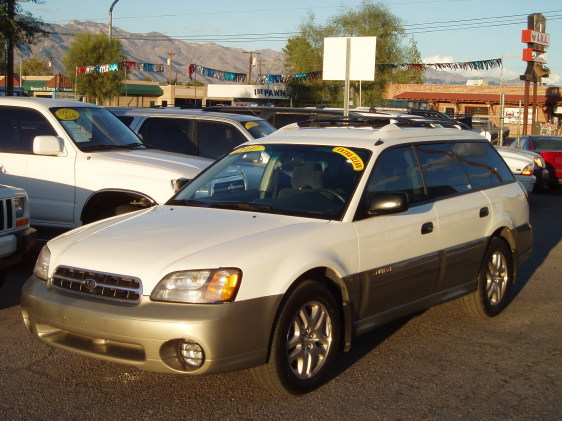 It's a 2000 Subaru Outback. Don't worry, I took those yellow stickers off.

I'm sick and tired of people not getting the joke when I run down to grab a snack around 3pm "so Robert Goulet won't mess with my stuff."
Collapse